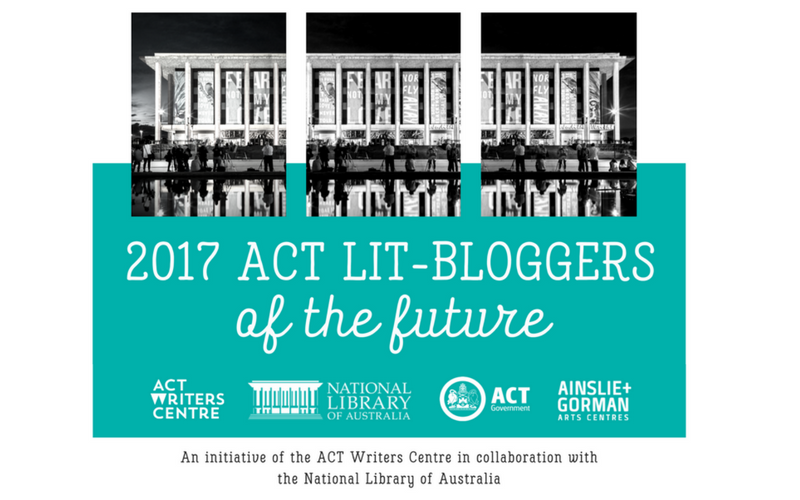 Today the ACT Writers Centre, in partnership with the National Library of Australia and with support of Sue Terry from Whispering Gums, is launching the ACT Literary Bloggers of the Future program.

This program, presented for the first time in 2017, provides an opportunity for two emerging ACT-region writers to attend events at the National Library of Australia and document the experience for the ACT Writers Centre’s Capital Letters blog.

Two bloggers were selected from a competitive process to participate in literary events at the NLA from May to December, while being mentored by Sue Terry in all aspects of writing about literary events. The bloggers will also have the opportunity to meet and interview authors who engage with the NLA. 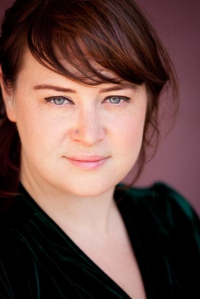 Emma Gibson is a writer and performance maker from Canberra, Australia. She writes plays and writes about place. Her previous plays include Johnny Castellano is Mine (Canberra Youth Theatre/Street Theatre), The Pyjama Girl (HotHouse Theatre), Widowbird (The Street Theatre).

Emma has undertaken artist residencies and participated in festivals internationally. Turning recently to prose, Emma has had short pieces published in the Skagastrond Review, Seizure, Iceview, and an anthology written in the sands of the Sahara Desert. She’s previously contributed to Broadway Baby, BMA and Lip Mag. Emma has created a site-specific poetry installation in Spain, helped run an artist residency in remote Iceland, reviewed 100 shows at Edinburgh Fringe, and made an audio walking tour around Garema Place for Canberra’s You Are Here Festival.

She is currently studying a Masters of Creative Writing (Place Writing) with Manchester Metropolitan University. 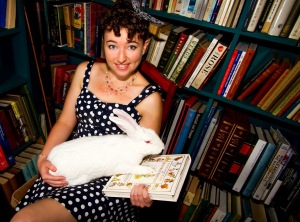 Angharad Lodwick has been book blogging in Canberra for the past two years at Tinted Edges where she waxes lyrical about every single book she reads. Angharad runs a book-themed podcast called Lost the Plot and has been published in a number of online journals such as Feminartsy.

Angharad has a lot to say, and enjoys writing both fiction and nonfiction pieces. She is a very familiar face at National Library of Australia author events and liveblogs them before lining up to get her books signed.

Angharad loves to get out and about in the Canberra community to chat to people about various book-related things like street libraries, the Lifeline Book Fair, book shops and book clubs. Her family also runs a book charity called Books for the World. Angharad recently upcycled books for an art project with Blemish Books at Noted Writers Festival 2017.

Characters that Count with Cate Whittle